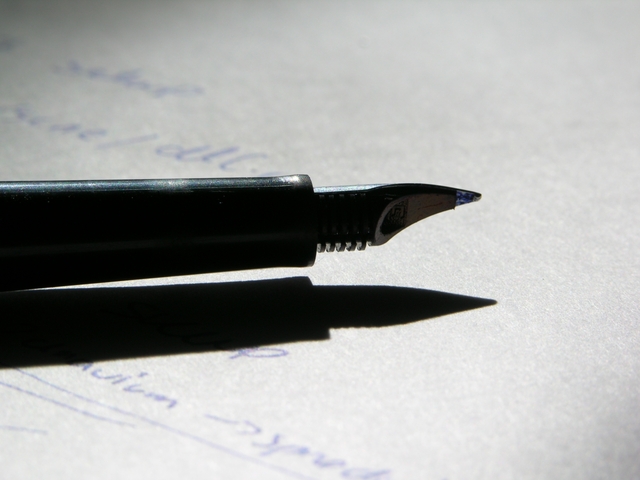 In the flurry of a long weekend, I flew to Seattle and interviewed Betty for fifteen to twenty hours. Everything was recorded except the parts where she told me to turn the recorder off. Some things were too sacred for the public. Then, for the next six weeks, every night after work I would go home, eat, then go back to the office and work with the transcripts of the interviews, as well as her previous manuscript, and any other details she gave me over the phone. Bit by bit, week by week, we created the account now known as Embraced By The Light.

Almost immediately I knew why I had been prompted to fast each week for the past year. The growing sensitivity to the Spirit over that time became a blessing to me now. Perhaps it had even prepared me to receive the answer to my prayer about how to find Betty. Perhaps it had helped soften the hearts of others to allow me the privilege of working on it. Perhaps this unseen, almost undefinable sensitivity would help me work with Betty, a deeply spiritually woman who could speak on subjects, and at a level, that most others in my experience could not. Every night we wrote, and every day we spoke, and gradually a new voice emerged, a blend of our two voices making the perfect voice for Embraced. Of course, Betty Eadie was its owner and creator. Everything came from her. Not a single word was written without her consent. She has often called herself a she-bear protecting her experience, and there were times when I felt the wrath of that bear. It was her perfect experience, her patience over 19 years, and her love for Christ and his work that led to the creation of this near perfect book.

At the same time, Aspen Books was rearranging its publishing schedule. Until this point, we had only published books for the Latter-day Saint market. We now created a new company, Gold Leaf Press, for this book and any others we might choose to publish to the world. We got the okay to begin working on the book during the first week of September. Both publishing companies wanted it out before Christmas—a difficult challenge. Betty and I worked six days a week, and Stan and the others worked full-time to prepare the marketing and publicity groundwork. Our sales director, Georgia Carpenter, immediately felt a kinship with Betty and began letting stores know that we would have an extremely popular book in their stores before Thanksgiving. We were still a fairly new company (barely two years old), and our word that something would sell well was largely taken with a grain of salt. But Georgia and Stan persisted, fully believing in the work and the promises that Betty and I both were making. Our company had never sold over 10,000 copies of a book before (The LDS Speakers Sourcebook, over two years), but now we were telling the press and bindery (Publishers Press and Mountain States Bindery), to prepare for a printing of 20,000. We were working on artwork, marketing, pre-sales, and even editing while the writing continued. It was a work of faith in more ways than one.

Of course, we were preparing only to sell the book in national chains and independent bookstores—no LDS stores allowed. Then something changed.

I was lying awake in bed in the small hours, trying to decompress after writing until midnight, when a thought hit me: I know this book will be a bestseller, but the other publishing company doesn’t really seem to support it, or perhaps even want it. The owner there, my old boss, had been expressing misgivings about it recently, mostly concerning its reception among Latter-day Saints—and especially among Latter-day Saint leaders. I saw the same possibilities but dismissed them, as I knew that I had been led to Betty and had clearly been shown that the book would help increase faith in Christ and love in the world. What greater purpose could a book have? Mormon said that a man (or woman) should be judged by their works:

I had heard the details of Betty’s experience and knew it to be good, very good. Anything after that, I assumed, was of this world and of little merit. Thus, I did not share the other publisher’s concerns, at all. But there was another issue, a complication that I hadn’t yet resolved.

While writing the first page of the book, after returning from interviewing Betty, I knew that the book should not be written to Latter-day Saint audiences. A feeling, soft and gentle, but clear and unmistakable, told me that the book should be written for general audiences. Somewhat surprisingly, an image came to mind of a 40-something woman with a beer in her hand watching a sit-com on TV. I felt that this was who the Lord wanted us to reach, along with millions of others who would dismiss the book if they felt it was biased toward a single church. I elected to follow that feeling, and write for that woman, rather than heed the other publisher’s call to write for the members of the Church. That had been a few weeks before this night, now as I lay awake, knowing the other publisher would likely reject the new book and cancel our contract, whereupon he would likely publish the smaller, less complete manuscript in his collection of near death stories.

An idea struck me. We should offer him cash for all the rights to the book. A lot of cash, so much that he wouldn’t dare turn it down. A figure entered my head. A large figure. More than we had. More than he could possibly turn down.

I took the idea to Stan and the five owners. Not all of them were as certain about the book’s future as I was, but some were on board. The president of the company said he had been having dreams about the book, that it would do much good, that it would sell extremely well, and he liked the idea of owning the book outright. But where to find the money?

The president decided to borrow some of it by mortgaging a property he had, and dear Georgia, bless her heart, went to her family, told them how great the book was going to be, and offered them a rather high interest rate on any loan they might make. Incredibly, they did it.

So, a couple of weeks later, with the money in hand, I drove 45 miles to the other publisher and gave him the rather large check. No, the very large check. Far more, no doubt, than he expected to earn from the book itself. It was a Saturday morning, but there still seemed to be a full staff on hand. His wife was even there, perhaps to make sure the transaction went on as called for. His lawyer had prepared the contract. We both signed it, and I gave him the check. It was over. We owned all the rights and could prepare the book as we saw fit.